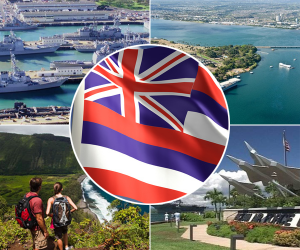 The 50th and newest state to join the union; Hawaii was granted statehood on August 21, 1959. The only state located in the Oceania section of the globe, as well as the only one to be comprised entirely of islands, Hawaii has a population of 1,404,054. The 11th least populous and 8th smallest by land area, Hawaii has 750 miles of coastline. The climate features 240 sunny days a year, the average July high of 82, and an average January low of 63, making living in Hawaii similar to occupying paradise. Because of the scenery, outstanding climate, and an endless array of outdoor activities, the state is considered a prime vacation destination. However, it is also the perfect place to purchase a home. The average home cost in Hawaii is $499,900. In the past twelve months, home appreciation has been 8 percent. The state has an unemployment rate of 4.2 percent, well below the national average of 6.3 percent. Recent job growth has also been positive at 2.5 percent.

If you’re a veteran planning to purchase a home in Hawaii, a termite inspection is required. Additionally, there are restrictions based on lava flows. The purchase or refinance of properties located in Lava Flow Zones 1 and 2 aren’t permitted, although purchasing property in Lava Flow 3 is allowed. Disabled veterans in Hawaii qualify for a full property tax exemption if they are 100 percent disabled.

The state has something for everyone. Hiking and eco tours are popular; horseback riding and ATV use is prominent, and the beaches are among the best in the world. Rainforests can be found just minutes from Waikiki Beach. Thrill seekers are sure to enjoy shark snorkeling and history buffs will love the Pearl Harbor exhibits. Remember, the state also offers high-quality urban centers as well. The state capital Honolulu has a population near a million. Honolulu has all of the amenities of any major American city, as well as unparalleled scenery.

The military has a long history and presence on the islands. The U.S. Military accounts for a significant portion of the Hawaiian economy, and in 2009 alone, the military spent over $12 billion in the state. In addition to the veteran population of 116,000, Hawaii is also home to 75,000 personnel members from the U.S. Department of Defense. There are 11 major military bases in Hawaii, representing all branches of the military.

Military Bases in Hawaii include:

If you’re a veteran planning to purchase a home in Hawaii, a termite inspection is required. Additionally, there are restrictions based on lava flows. The purchase of properties located in Lava Flow Zones 1 and 2 is not permitted, although purchasing property in Lava Flow 3 is allowed. 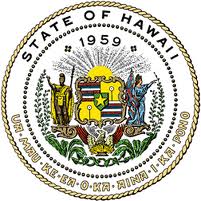 Hawaii was granted statehood in 1959