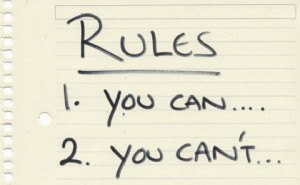 The VA loan is perhaps the most beneficial entitlement available to veterans and active duty service members, despite the obvious advantages provided, a lack of information seems to permeate among the general public in regards to the rules of this loan program. The following information is intended to clarify many potential misconceptions as they pertain to the VA home loan.

Cash Back: Cash out is allowable for VA refinance loans, the amount of cash back is determined by the current market value of the property.  For purchase loans, cash out is accessible, but it will be limited to the borrowers capital contribution. This means that a borrower is allowed to get their consideration or appraisal fees back, but nothing in excess of what they have brought in.

Appraisal: Ordered by the VA, the validity of a property appraisal does not extend beyond six months. After the Certificate of Reasonable Value has been issued to the property, the loan must be issued within 180 days. The property value will remain unchanged even if the buyer does.

VA Loan Second Home Use: The designated use of the VA loan is to assist in securing an owner occupied residence. A second home may be purchased, however the net tangible benefit for the borrower most be demonstrated. Meaning one the following conditions must be met; moving to a bigger home, residing closer to work, buying a home for a spouse living out of state, purchasing a home because of a divorce or drastic change in personal financial circumstances. The VA guarantee is only usable for one outstanding loan at a time and in the event that the home is for a spouse, they must occupy it for six months of the year.

Subsequent Use: As long as a borrower is up to date on any outstanding loan payments they can use the VA loan as many times as they would like. For the loan to be used more than once at the same time, the following conditions must be met: The property has to appraise, the borrower must meet the underwriting criteria and the borrower may not exceed their eligibility.

Assuming a VA Loan: A property purchased with a VA home loan can be assumed by a new buyer, however certain restrictions exist which may negate this from happening. The buyer, assuming the loan must meet minimum qualifying standards that include a stable income, DTI greater than 41 percent, certificate of eligibility and whatever other underwriter specific standards are put forth. Furthermore, Non VA eligible borrowers are not allowed to assume a VA loan.

The VA loan is available for all active duty military, national guardsmen, veterans, surviving spouses, and in some instances civilians, contingent on the presence of specific qualifying factors.

Active duty personnel are eligible for the VA home loan guarantee benefit after serving a continuous 181 days of regular duty or 90 days during wartime.

An exclusion to this requirement exists for active duty personnel whom have been discharged from prior service, depending on a hardship discharge, as long as the borrower has met other eligibility guidelines.

Note: Training duty is not considered regular duty. Time incurred while on training duty may not be counted for the active duty requirement.

An Honorable Discharge is required; dismissal under less than honorable conditions may need further investigation by the VA home loan underwriter for approval.

National Guardsmen are not automatically qualified for the VA home loan, though they will become so if they meet specific service time requirements. This amounts to a total of six years of service in the National Guard. Those discharged as a result of a service related disability are entitled to have this requirement waived.

The service member must have been: 1) discharged honorably or; 2) placed on the retired list or; 3) transferred to the Standby Reserves or Ready Reserves or; 4) is still serving in the Selected Reserves. Additionally, the member must have been a member of an active unit during that duration and attended the required weekend drills and 2-week active duty for training.

National Guardsmen who are called to active duty are eligible after 90 days continuous service.

Service time qualifying standards for veterans of previous wars breaks down as follows:

If you have served 90 days of active, regular duty during:

In the majority of circumstances eligibility remains intact for military members prematurely discharged under the specific authority of:

The surviving spouses of veterans potentially qualify for the VA home loan program. The determining factors under this circumstance are:

The applicant is an un-remarried spouse of a veteran who died while in service or from a service connected disability, or they are the spouse of a service-person missing in action or a prisoner of war

Eligibility may also be established for:

To apply for a VA home loan, click here.