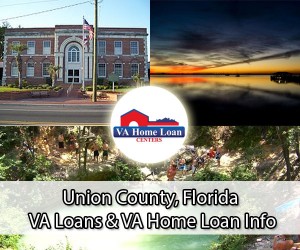 Situated in Northern Florida, off of the Panhandle, Union County is one of the more recently created state counties. Founded in May of 1921, the County was established from a portion of Bradford County. The smallest county in Florida by total area, Union is made up of 250 square miles, of which only six is water. The county only contains one incorporated city and two incorporated townships. Lake Butler is both the county seat and the largest city. Union County has a total population of approximately 15,000.

Perhaps somewhat ironically, given the presence of the Florida State Prison, the county was named after the concept of unity. The Union Correctional Institution in Raiford was the first prison in the state. The prison and to a lesser extent the County were featured in the Lynyrd Skynyrd song “Four Walls of Raiford.” The prison was also the setting for an episode of the 1960’s T.V. show The Fugitive. The largest employer in the county, it was said of Lake Butler in 1985, that nearly the entire populous either worked for the prison, were related to someone who worked in the prison or did business with someone who worked in the prison. Raiford, with a population of less than 200 is the ideal location for a maximum security prison. The town is also the site of the warden’s home, Correctional Officer housing, and the facility that trains CO’s.

Interestingly, despite its small size, two current NFL players were born in Lake Butler. The city has four public schools and one adult education program. Lakeside Park, Westside Park, and Fletcher Myers Park are within Lake Butler, and offer residents the opportunity to take advantage of scenic and fun-filled outdoor areas. Lakeside Park contains Splash Park, a water park, with a capacity of 20 people.

Lake Butler dates back to 1859, when it was created as the county seat of what was then New River County. It has been alleged that the city was named after Captain Butler, who served and died during the Seminole Indian War, and was buried along the lake shore. The Rivers Hardware Store in Lake Butler was the site of the Double Stock plow’s invention.

To apply for a VA Home Loan in Union County, follow this link!

Union County has a veteran’s population of less than 2,000. Former and current military members, who own property in Union County, can qualify for a property tax exemption under two circumstances, disability or a deployment. A veteran with a disability rating of 10 percent or higher is entitled to an exemption of $5,000 while a veteran with a disability rating of 100 percent is eligible for a total exemption. Any active service member who serves under any branch of the United States military or reserves, Coast Guard or reserves or the Florida National Guard who has been deployed in the past year is eligible for an additional exemption. For more information, contact the Union County Property Appraiser.

Contact VA Home Loan Centers at 888-573-4496 for a complete listing of all VA approved condos.

Currently, there are no VA approved condos in Union County.

For assistance with a condo approval project; contact VA Home Loan Centers at 888-573-4496 to speak with a representative