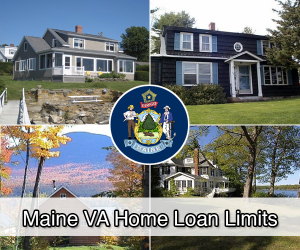 Bordered by the Atlantic Ocean to the east and Canada to the northeast and northwest, Maine is the easternmost state in the country. 230 miles of coastline make the New England state a seafood hub; most notably lobster and clams. Often considered one of the most beautiful states in the country, Maine is known for its unparalleled scenery, including dramatic, rocky shorelines, low pristine mountains, and deep forests. With a population of 1,328,302, Maine is the 41st largest or ninth smallest state in the country.

The original inhabitants of the state settled in the area between 3000 B.C. and 10,000 B.C. Known as the Red Paint People, this tribe was based in maritime culture. At the time of first contact with Europeans, the natives were Algonquin speaking Wabanaki, Penobscot, Abenaki and Passamaquoddy. The first Europeans to travel through Maine were Portuguese explorers, representing the interests of the Spanish Empire. The first European settlement in the state was made by France and then England. The English eventually expelled the French from the area during the seven years war. At the conclusion of the Revolutionary War, Maine became known as the District of Maine, and in 1820, it was admitted statehood.

Maine played a prominent role in the Civil War, when the actions of the 20th Maine Regiment successfully defended Little Round Top Mountain at the Battle of Gettysburg.

The history of Maine was largely influenced by the lumber and fishing industries. In the nineteenth century, the railroad shaped what areas would become high volume residential areas.

Today, the most populous city in Maine is Portland, followed by Lewiston and Bangor. The economy is based agriculture and tourism. The state Gross State Product was $52 billion in 2010. The state is known for exports including dairy, maple sugar, maple syrup, poultry and seafood, as well as many industrial outputs. Tourists are drawn to Maine largely because of its sport hunting offerings, hiking, camping and winter activities. Politically, on the state level, Maine residents vote for independent candidates more than any other state in the country. On the federal level, Maine has voted democrat in six straight presidential elections.

Maine is home to two Naval bases—Naval Air Station Brunswick and Naval Shipyard Portsmouth. The veteran population of Maine in 2012 was just over 130,000.

For veterans and active-duty service members planning to purchase a home in Maine using a VA home loan, a Net Tangible Benefit Worksheet is required, although a termite inspection is not required.

To apply for a VA home loan follow this link!

VA Home Loan Limit for the state of Maine