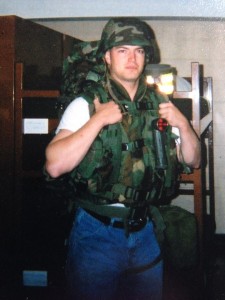 Reality TV is a massively popular notion in today’s voyeuristic society. Though quite a few programs under this category are found lacking both taste and worthy characters to focus on by the general public, others get it right.

Shawn Goodwin has quite a following in the world of reality TV via the popular Syfy program “Destination Truth.” He is also a Navy FMF Corpsman of 7 years and was deployed numerous times.

The veteran, who also has medical training, had his life changed by three degrees of separation. “I was living in San Francisco and received a random phone call one night,” Shawn recalls to us at VA Home Loan Centers. “One of Josh Gates’ [host of the reality show] father’s friends who knew me and my background thought I’d be great for the show. Luckily, so did the producers!”

“The duties were multifaceted and very rewarding,” Shawn says. His primary role on the show was as a field medic, but he also had to embrace his humorous side, being that the host of the show is quite the vibrant personality. Being a good sport is an understatement, as he once volunteered to lay across the back of an ambling water buffalo to pantomime that he passed out after celebrating with rural locals.

“Huge opportunity for me to see the world and explore the realms of the supernatural,” he states. “I made a lot of great friends while on the show and loved the travel aspect.”

This would not be the end of his TV experience, as he was on the Discovery Channel show “I Almost Got Away With It” a few times in the role of a police officer. Though his day job is no longer entertaining the masses and protecting fellow reality TV personalities, what he is doing presently is definitely viewed as more valuable.

“I am currently building a [veterans] nonprofit in Maine,” Shawn affirms. “As well as traveling overseas with humanitarian aid organizations…to keep them safe from harm while they help others.” He certainly has many great stories to share, but the one he shared with us is quite emotional.

“I recently hosted a fundraiser for Army Captain Justin Fitch, an individual diagnosed with stage four colon cancer and given months to live,” Shawn says. “Justin is on borrowed time and has dedicated his life to helping thwart veteran suicide rates.” 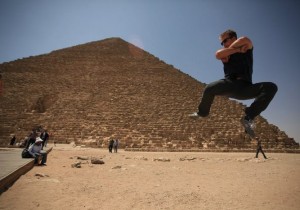 The fundraiser Shawn hosted in a Maine town of less than 3,000 people took 28 days to arrange and raised $7,000 from over 300 participants. “Justin even came out to say hi all the way from Boston!”

Though he is a proud veteran, Shawn admits that the reintegration systems and benefits for returning veterans are “a mess” and that better efforts can be made to bring down the veteran suicide rate. “Human lives are the top priority,” he passionately says. “I’d rather have broke, living veterans than ignore the importance of reducing these numbers.”

Shawn’s told us his biggest influence in life is his stepfather Tom, and he is humble about his accomplishments. On top of his nonprofit, he is also trying to develop a fundraising approach for hospitals tied in with benefiting their communities.

He has a life full of accomplishments and stories. From being in the military, to traveling to Antarctica, and now helping his fellow service members. This interesting veteran also has some great insights on life.

“I used to be very selfish and always wanted to benefit myself,” he shares with us. “Once I found that helping others is the biggest reward life has to offer, finding motivation to do so is easy.” Shawn even took place in the Carry the Fallen event last year, in which participants carry a 50 pound rucksack along the Boston Marathon route for half a day to raise money for soldiers fighting PTSD.

In terms of what we do at VA Home Loan Centers in helping veterans and active duty access their benefits, Shawn has a realistic point of view. “Anyone that has sacrificed for their country should own a home, but they should work for it and earn it like everyone else.”

Shawn can’t stress enough how much he cares for his fellow veterans. “I am motivated to help my fellow veterans because I honor their sacrifices,” he states. “I care and honor each and every one of you. You are all heroes, and I am proud to be in your fraternity.” 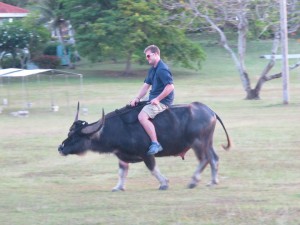 Shawn’s nonprofit is still in its building stages, but if you want to send him a message of support or ask how to get involved, contact him at [email protected].