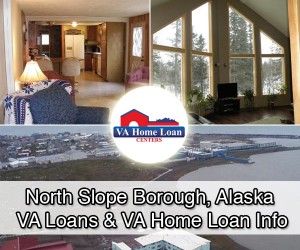 With a population that is nearly 70 percent Native American, the North Slope Borough has a local culture largely influenced by the Inuit people. 43 percent of the population speaks Inupiat, a language spoken globally by less than 10,000 people. With a median age of 27 years old, the borough is among the younger per average resident in the country. Although the total population of North Slope is only 9,686, growth has been experienced in recent years, especially in the borough seat of Barrow, which had grown by over 300 people between 2010 and 2013.

Barrow is the northernmost city in the United States; it also functions as the economic center for the borough. Many residents in Barrow work in the oil industry or for the state and federal government and in the tourism sector. The city is highly secluded with no paved or connecting roads points to other parts of Alaska. Because of the concentration of permafrost, the roads are unable to be paved.

North Slope’s climate is dry and cold. Winters are extremely windy, cold, and dangerous, and summers are foggy and cool

North Slope is home to Point Barrow Long Radar Site, U.S. Air Force radar site and airstrip. As the most northern portion of the country, the U.S. military has had a military presence in Barrow since WWII. The usage of this site has greatly dissipated, however it is still open, functioning to provide support for any Air Force operations of the area.

Veteran homeowners in the area potentially qualify from a property tax exemption, per the Alaskan tax code. This exemption is contingent upon the applicant having a total disability and a net income of less than $12,000. For more information contact the tax assessor’s office of the North Slope Borough.