888-573-4496 [email protected]
A 3rd party broker that specializes in mortgages guaranteed by the US government
VA Home > Blog > A New Orleans First: Chronic Homelessness ended among Veterans in NOLA 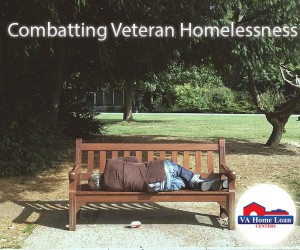 On Jan. 7, New Orleans Mayor Mitch Landrieu reported that New Orleans has become the first major American city to end chronic homelessness among veterans. On July 4, 2014, Landrieu announced the intention of housing 193 homeless veterans by year’s end; the city exceeded this goal by finding suitable homes for 227 veterans.  New Orleans became the first city to respond successfully to the Federal Government’s Call to Action for mayors in major cities to end homelessness. In 2009, President Obama and VA Secretary Eric Shinseki stated a goal of ending veteran homelessness nationally by the conclusion of 2015. In the years since, The Department of Veterans Affairs has expanded programming designed to help veterans who are at risk of becoming homeless or are currently homeless. The VA also increased its financial commitment to the cause, dedicating $1.4 billion to specialized homeless programs and $5.4 billion to health care for homeless veterans.

From 2010 through 2014, the country saw a 33 percent reduction in the total homeless veteran populous.  Despite these gains, too many former members of the armed forces are still on the street nightly. In 2014, on any given night, 50,000 former members of the military were living in shelters or on the street. Per the VA, “even one veteran without safe and stable housing is one too many.” Because service members returning home are tasked with re-acclimating to civilian life and finding employment, while in many instances, simultaneously suffering from PTSD, a disability, or substance abuse, they are particularly vulnerable to poverty and homelessness. Thirty-three percent of all homeless American males have prior military experience. This figure is particularly discouraging as veterans make up less than 10 percent of the total population.

New Orleans was able to combat veteran homelessness successfully through an all-encompassing approach that emphasizes coordinated services between 60 non-profit and government agencies within the city. The program has renovated apartment complexes in the city for the specified purpose of housing veterans. Known as the “housing first approach”, the city intends to provide housing for every veteran identified as homeless within 30 days of identification.  Executive Director of UNITY, the initiative’s lead organization, Martha Kegel has said, “We can’t say that no veteran is ever going to be homeless again, but what we can say is that we are not going to have veterans living as homeless for very long.”

Some doubt the sustainability of the program, citing the small number of homeless veterans in New Orleans, especially in comparison to the more sizeable metropolitan areas of Chicago, New York, and Los Angeles. However, in the eradication of veteran homelessness in Phoenix and Salt Lake City is cause for optimism nationally.  Currently, six governors, 300 mayors, and 71 other elected officials have joined the pledge to end veteran homelessness by the end of the year.  In response to criticism of the initiative, Laura Zeilinger, the executive director of the US Interagency Council on Homelessness said, “The solutions, that work for veterans, are the solutions that work for all people. The problem is absolutely solvable when we invest in the practices that we know work.”

VA Home Loan Centers urges everyone to contact their congressman and voice their support for homeless veterans. It is incumbent upon all of us to ensure that veteran services are being properly funded and implemented.