Video games are a modern staple in our daily society. They serve as forms of entertainment and stress relief. Living out fantasy scenarios that take your mind elsewhere, whether racing cars or killing bad guys.

The organization Operation Supply Drop knows all too well not only the power of video games, but also the importance of those who serve our country. Oddly enough, it never would have gotten started without a crate of Harlequin romance novels.

OSD’s founder Stephen Machuga had an epiphany when his infantry company was using a well-meaning, yet poorly thought out shipment of flirty books as shooting fodder. He loved video games, his fellow soldiers loved video games – why not get the public to donate video games to the troops?

The main goal of OSD since 2010 has been to get video games and systems to deployed soldiers. The first donations came from Activision and the generosity grew from that point.

“What we do is use video games and digital entertainment as a catalyst for supportive communication for veterans,” says Glenn Banton, board chairman of OSD. “One of the key components is we use video games as a generationally relevant piece.” 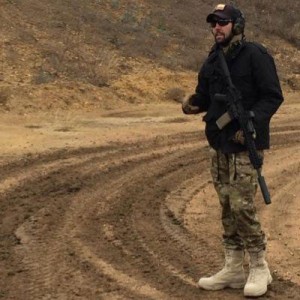 “Using video games brings active duty, veterans and civilians together to make a better supportive network,” Glenn expands. “It can lead to jobs, or a battle buddy to take care of you.”

Glenn wants to get the word out about 8 Bit Salute, taking place May 16th, 2015 which is an annual fundraiser to support OSD. The 24-hour gaming marathon will bring together video gaming celebrities, YouTube stars and civilians alike to raise money while having a blast doing it. Sign up and get more info by clicking here.

“There are no limitations on gaming for the fundraiser – we’ll have PC gamers, Xbox users, PlayStation gamers, table top and board gamers,” Glenn clarifies on who can participate. “Non-gaming partners who sponsor teams help and see the value of what we’re providing.”

Glenn loves the challenges presented to him in working with OSD. From tackling the recent transition to the PS4 and the Xbox One, to future goals such as setting up brick and mortar gaming clubhouses for veterans, he enjoys problem solving.

“Even in high school, I was a manager at a large tech company with a 17 person team and I got to lead them,” says Glenn, who mentioned he has headed other non-profits before. “I like work. I like finding better, more effective ways to do things.”

With a Bachelor of Science in marketing and business, he initially found himself starting a career in the tech industry. Eventually, he wasn’t finding fulfillment in this path.

“That led me to a point where I was getting burned out on that start-up scene,” he admits. “If you’ve seen ‘Silicon Valley’ on HBO, it’s so funny that it’s not funny. I didn’t wanna do that anymore.”

Glenn always had pride for supporting the troops, but never got to serve. His wife was the one with deep rooted military ties on her side, and he found himself getting to incorporate his love of the military the summer after OSD was founded.

“How do we support the veterans more? How can we do more for wounded veterans?” These were quandaries that bothered Glenn, along with the statistic of 22 veterans committing suicide a day. “I was working two full-time jobs, and officially came over at the middle of last year as the CEO.”

OSD, supported by thousands of volunteers who fundraise and act as evangelists for the organization, has a small support staff. Glenn was happy to share that when possible, they hire and keep on veterans.

“I’m gonna take a veteran over a civilian, in most things, because of things instilled in their value system,” he shares. “We can make a structure to help many others, to create a program that allows this type of relationship to flourish, among others.”

There are many people that he has seen helped by OSD. He admits it’s a cliché, but he can recall hundreds of stories. He does mention one person in particular whose story has been close to his heart.

Glenn spoke to us about Steven Giddings, who was shot in the neck by a sniper in 2008. Though he had three children after his military time, he was viewed as 100 percent disabled and he felt he had no purpose.

“I got to know his story and mentally account for what happened,” he explains. “We provided him a support network. Over the course of nine months, he went from (being) a recluse to running our events at a conference center with 50k to 60k people.”

Steven is now not only one of Glenn’s best friends, but an example of what other veterans can be, if given an opportunity to grow. “He told me ‘thank you for seeing me more than as a wounded vet’,” he remembers. “Those words stuck with me. I saw him as nothing other than a person who stepped up and answered the call to protect our country.”

“I see all these different charities that are well intentioned, but dinosaurs about how they do things,” Glenn says emphatically. “There’s this huge opportunity to be a big organization and be amazing at the business of supporting the troops. What the VFW was for WWII and Vietnam vets, we’re setting up to be that.”

“There is no solution that then makes you clean your hands and say ‘on to the next one’,” Glenn says of his work with OSD. With his general duties, 8 Bit Salute, and their other program called Thank You Deployments, where they send wounded vets to events like E3 or PAX, he says he will never be bored of this.

“We aren’t recreating Facebook or Twitter,” he says. “It’s a platform for people to communicate online, get out and make meaningful relationships.”

Glenn wants people to know that just because their cause is heavily steeped in pop culture, they have a serious goal and message. “It’s not about the Xbox or YouTube – it’s about the comradery, support, distraction, and being able to cope,” he proclaims. “It’s people who drive that stuff.”

“We’re your home,” Glenn says to active duty and veterans who may be hearing about OSD for the first time. “This, playing video games, might not be their thing to get them through the day, but we want to be able to have this community that transcends everywhere.”

Click here to learn about the VA home loan.

Contact VA Home Loan Centers to learn more about the VA home loan or use our convenient chat feature at the bottom of this page. Call us at 888-573-4496.