888-573-4496 info@vahomeloancenters.org
A 3rd party broker that specializes in mortgages guaranteed by the US government
VA Home > Blog > Homeownership Trends among Young People 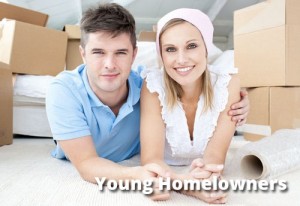 Only 16 years ago the number of Americans less than 35 years old burdened by student loan payments was only 23.3 percent. At the time, those with student debt carried an average balance of a paltry $10,000. Today, the same demographic has seen an exponential increase in student debt. 42 percent of young people now carry student loan payments, on average equaling $18,000. As student loan payments have risen, so too has the inability to re-pay these obligations. Annual income for Americans between the ages of 18-35 has decreased by $2,300 over the past seven years. Financially, things are so dire that a net worth of $10,400, roughly the equivalent of the average student loan figure in 1998, is more substantial wealth than over 50 percent of the age range possesses.

The previous five years have seen an incremental drop in Millennial stock owning, employment, credit scores and not surprisingly homeownership. In 2009 40 percent of Americans aged 18-35 owned their home, in 2014 that number now sits at 35 percent, and looks poised to continue dropping. As ridiculed as Millenials are for prolonged adolescence, delayed marriage and a general lack of direction, one thing has stayed constant from the silent generation all the way down to Generation Z: the desire to purchase a home. A recent study carried out by TD Bank of ideals among young people; found that 84 percent of respondents cited a genuine desire to own a home. Over half of those surveyed even described the American dream as being rooted in homeownership.

Attitudes about race, religion, politics and liberalism have all evolved, despite being a generation categorized as perpetual renters and failure to launchers; they have maintained an outright belief of the value of owning your own property. Irony abounds the generation that was born into the dotcom boom yet graduated into the worst economic recession the country had seen since the 1930’s.

Credit card debt, student loan obligations, low rates of health insurance coverage coupled with the looming threat of bankruptcy caused by this lack of insurance all present seemingly unconquerable obstacles to homeownership. The silver lining is the increased prevalence of non-conventional loans. USDA, FHA and VA loans are all viable options for first time homeowners. All offer lessened underwriter guidelines, low or no down payment requirements and the option to receive gift payments.

Young people are hardly to blame for the economy they inherited when they received their diploma. Despite the obstacles in their wake, young Americans have maintained a high level of optimism about this nation’s future. According to the Pew Research Center almost half of the demographic believes that “this nation’s best years are ahead.” A view not as readily shared among surveyed members of previous generations. Homeownership is of great importance to the economy, higher rates of home owning directly correlates with more jobs, more money moving between parties and an overall healthier country.