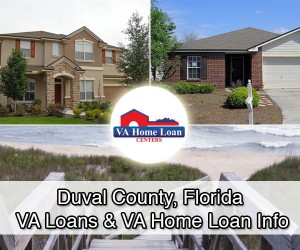 With over 500 neighborhoods, a residential population of 821,784, commercial skyscrapers, and the designation of having the feel of a “northern city,” Jacksonville, the county seat of Duval County, is the largest city in the state of Florida. Characterized by a subtropical, coastal climate, long summers and mild winters, Duval County is located in the First-Coast of Florida, 180 miles from the Georgia Border. Despite its location, Jacksonville, and Duval County in general have taken on less damage during hurricanes than many other Florida counties and east coast cities. Since 1871, the city has only been hit directly by a hurricane once.

With a bustling downtown, high-quality beaches and the resort areas near Amelia Island and Saint Augustine, Jacksonville is considered one of the finer cities in the state, as well as the country. The city maintains the biggest urban park system in America, equating to 337 parks spread throughout 80,000 acres of city. Separating many of these parks from others are the access to water activities such as boating and sailing provided for by the parks department. Giving the city further luster are the institutions of higher learning found in the metropolitan area of Jacksonville. These colleges include Flagler College, Jacksonville University, Edward Waters College, the University of North Florida, FSU Jacksonville and Jones College.

The city provides no shortage of activities. The performing arts enclave features numerous theaters, all of which operate year round. The Florida Theater, Times Union Center for the Performing Arts, Jacksonville Veterans Memorial Theater and the Alhambra Dinner Theatre has all been acclaimed at one point, or another. Museum populate the city as well, the Museum of Science & History, the Osborne Convention Center and the Cummer Museum of Art and Gardens and the Jacksonville Zoo all provide residents and tourists the opportunity for fun-filled educational offerings.

Sports fans are sure to love all that Jacksonville has to offer, the Jaguars of the National Football League make the city their home. The NCAA Gator Bowl also takes place every year in the city.

Duval County is home to 866,431 people. The economy is strengthened by a diverse number of businesses. The county is home to the biggest deepwater port in the south. Jacksonville is the leading importer for automobiles in the county. Multiple fortune 500 companies are headquartered in the county; these include Fidelity national Financial, Winn-Dixie Stores and Bi-Lo. In 2007, Jacksonville was named the third fastest growing city in the country.

The cost of living in Duval County is nearly nine percent lower than the national average. Local job growth has grown by nearly five percent. The median home price in the county is $116,700, and the median household income is $35,167.

To apply for a VA loan in Duval County click here.

Naval Air Station Jacksonville employs a combined 23,000 active duty service members and civilians. An aviation maintenance training facility and military airport, the base is home to many aviation units, including Patrol Squadron 5, 8, 10, 16,26,30,45 and 62.

Naval Station Mayport, which was originally opened in 1942, is considered one of the major naval stations in the country. The USS New York, the USS Iwo Jim and the USS Fort McHenry all call this base home. 14 additional combat ships are expected to port here in the coming years.

Naval Hospital Jacksonville, which has a mission of “healing our nations heroes” has a military staff of 1,400 provides medical services to nearly 2,000 patients a day. The facility is the fourth largest military medical center in the country.

95,147 veterans reside in Duval County. These veterans are served by the Jacksonville Outpatient Clinic; the VA clinic offers dental, surgical, psychiatric and primary care. The Military Affairs and Veterans Services Office in Jacksonville further provide this community with benefits counseling and referral services.

Veteran homeowners in Duval County are entitled to receive a property tax exemption of $5,000 if they have a disability rating of more than 10 percent. A total exemption is available for veterans with a 100 percent disability.