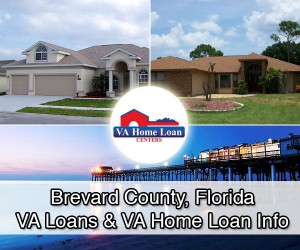 With a history of settlements dating back thousands of years, Brevard County was home to Paleoindians before the geographical shift that caused the Florida coast to shrink. Meaning, the first settlers of the area were there prior to the land mass being coastal. Influenced greatly by the Seminole as well as by Spain, the county, during the time of Florida statehood was known as St. Lucie County. Having dutifully served the state of Florida for twelve years as the states comptroller, Brevard County was named in honor of Theodore W. Brevard in 1855.

With the implementation of a lighthouse, the population of the county steadily increased. Further migration was buoyed by the popularity of commercial steamboat transportation. A population boom occurred shortly after Flagler’s East Coast Railroad was expanded into the county, reaching Melbourne and Titusville. During the early 20th century, hotels and resorts sprang up throughout the county, correlating with the advent of the automobile. Throughout the 1900’s, the tourism, commercial fishing and citrus industries had steadily dominated the economy, today, the economy is driven by high-tech engineering and computer business. Forbes named Palm Bay, the largest city in the county as the 11th most innovative in the country in 2010.

With a population of 550,823, the county has a median household income of $49,099. Residents are often cited as sports enthusiasts. The Washington Nationals conduct their spring training in Viera, while the Milwaukee Brewers minor league affiliate the Manatees home stadium is in the county. The local climate is subtropical, meaning long hot summers and mild short winters.

Apply for a VA home loan in Brevard County by following this link.

The military plays a prominent role in Brevard County with an estimated 2,900 military jobs in the county in 2012. Patrick Air Force Base is located near Cocoa Beach. The base which has been in use since 1940 is known for the 45th space wing, and the 920th Rescue Wing. Currently, the base serves as a launching site for military satellites.

Veteran homeowners in Brevard County are entitled to a property tax exemption if they have a disability of ten percent or greater. The exemption amounts to $5,000. For disabled veterans with a total disability an exemption for the entirety of the property tax is accessible.