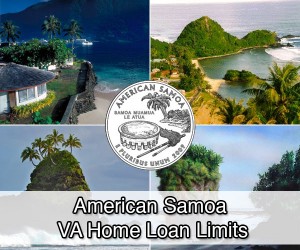 Consisting of five small islands, two coral reefs and population of only 56,000, it is easy to forget that American Samoa is an unincorporated territory of the United States. The unincorporated designation means that natives of Samoa are considered to be U.S. national, not U.S. citizens. The distinction is that nationals may enter the lower 48, live and work in the states and avoid paying income tax. The tradeoff is that they are not allowed to vote in the presidential election.

The islands, located in the Pacific Ocean are more than just beautiful beaches and native culture. In fact the influence of American Samoa, though unknown, is largely enjoyed by every tuna-loving American. The tuna company Starkist exports millions of dollars worth of tuna from American Samoa to the mainland every year. A Chicken of the Sea subsidiary also operated out of the islands but was closed in 2009.

Only a handful of American federal employees work in American Samoa and essentially no active duty service members can be found. The exception is a singular Army reserve unit and the Coast Guard.

However, a military recruiting station is located in the village of Utulei. Recently, the Army Corps of Engineers has demonstrated an interest in operating a training site in American Samoa. If this comes to fruition, a proposed 15,000 acres will be leased.

Despite the absence of an operational military base, an American naval station was in use in Tutuillia Pago Pago Harbor from 1899-1951.

Although virtually no active service members reside in Samoa, the veteran population is around 1,000.

Return to page with all listed states.