888-573-4496 [email protected]
A 3rd party broker that specializes in mortgages guaranteed by the US government
VA Home > Blog > What are the Differences Between Conventional Loans and VA Loans?

What are the Differences Between Conventional Loans and VA Loans? 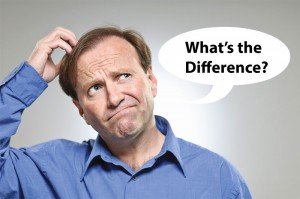 Buying a home is one of the most important decisions a person will make over the course of their life. Although the foreclosure rate rose drastically in the mid-2000s, and the number of younger Americans buying a home has steadily declined in recent years, the American rate of homeownership remains at roughly 65 percent. Despite the percentage of 18-35 year old Americans purchasing a home dropping to 35, a TD Bank poll recently demonstrated the desire to buy remains among this populous. 84 percent of those polled pointed to a genuine want to own a home. A healthy economy means increased homeownership.

In spite of the post-recession economy, the number of mortgages purchased with a VA home loan has actually increased over the past decade. In 2004 VA loans only accounted for 2 percent of all mortgages, in 2014 that number has risen to 8 percent. With an estimated one million Americans being discharged from service over the next five years, it can be expected that the popularity and reach of the VA home loan will continue to grow. Among the most important aspect of the home, buying process is determining which loan is right for you and why. For qualified individuals, the choice to pursue a VA loan is obvious because of the many advantages offered by it, in comparison to its conventional counterparts.

The biggest difference between VA Loans and traditional loans is how easy it is to qualify for a VA loan. In addition, though there are several other differences as well…

The Veterans Administration  guarantees the VA loan. Thus, lenders are protected in the event of a borrower’s default. A conventional loan doesn’t come with any re-payment assurance. Many people, even people with stellar credit, will try and fail to secure a loan from a lender, because of the VA guarantee, underwriting guidelines are more relaxed than traditional loans. Individuals who may not have the financial history to take out a loan make the banks wary. Lenders can select any number of reasons to deny borrowers for a loan.  A guarantee goes a long way to assist an individual qualify, and is a hard thing to find in this economy.

VA Loans Require No Money Down

Few VA Loans require money down; however, the majority of them do not have a down payment requirement. If you’re taking out a particularly large loan or have poor credit or other factors are present that make you higher risk, you may wind up paying a down payment, though, the aim of the VA loan program is to get money into the hands of veterans attempting to assimilate into post-service life, negating the vast majority of circumstances that would call for money-down among conventional loans. Furthermore, the veteran borrower will not have to pay closing costs during the VA transaction.

Because eligibility is limited to military service members (past and present) VA Loans are easier to obtain than conventional loans. A bank offering the easy qualifications and no money down of a VA loan to the general public would immediately be bombarded with borrowers who, most likely, would never be able to pay off said loans. VA Loans are available only to veterans, and to the spouses of veterans killed in the line of duty assuming that the spouse has not yet remarried. By appealing only to these people, VA lenders can afford to offer an easier, quicker application and lending process. This exclusivity has given way to competitive interest rates, usually between 0.5 and a full percentage point lower than with traditional loans.

VA Loans typically require far fewer qualifications than conventional loans. There is no established minimum credit score to qualify for the loan. Reduced debt to income ratio and residual income standards further popularize this loan. The presence of a short sale or foreclosure does not preclude eligibility for a loan, as long as the borrower is up to date on their payment, there is no waiting process to purchase a home following a short sale.