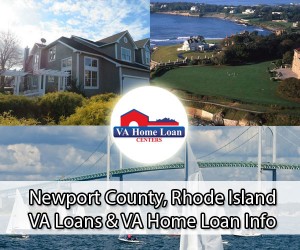 One of the five counties of the New England State Rhode Island, Newport County, was formed in 1703. One of the two original counties of the state, Originally, the county was made up by Portsmouth, Newport, Jamestown and New Shoreham. In the 1850’s, the county acquired the towns Little Compton and Tiverton. In exchange Fall, River was re-apportioned to Massachusetts from Tiverton a few years later. Like all counties in the state, the county government was abolished in 1842. Today, government functions are exclusively carried out by the state government or individual cities and towns. The exception to this rule is court administrative and sheriff corrections boundaries. The county encompasses the Sachuest Point National Wildlife Refuge and the Touro Synagogue National Historic Site. The county has a total population of 83,000. The county does not have a seat, and Newport is the largest city.

Newport is known for its resort mansions and as the home of Salve Regina University. The city has the greatest number of colonial-era buildings in the United States. An outdoor center, the county has several beaches, sailing, and fishing. Aquidneck Island is a popular destination. The county also contains the International Tennis Hall of Fame.

Newport County has over 7,000 veterans residing in the county limits. A military hub of Rhode Island, Newport contains the Naval War College, the Naval Undersea Warfare Center, the Coast Guard Station Castle Hill, and the Newport Naval Base.

The Naval Justice School and The Naval War College are housed at the Newport Naval Base; both have a mission to develop future military leaders. The Undersea Warfare Center is a research facility that operates to test and evaluate military innovations.

The veteran population of the county is served by the Community Based Outpatient Clinic in Middletown.

Contact VA Home Loan Centers at 888-573-4496 to speak with a representative for assistance with a condo approval project.