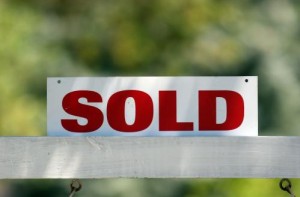 When new residential housing sales were weaker than expected in July, it had many experts worried the strong housing recovery had stalled, but according to the newly released HUD and Census Bureau report on residential home sales for August 2013, this doesn’t seem to be the case. In fact according to the report, sales of new, single-family homes were at 421,000 in August. This shows an increase of 7.9 percent in home sales, following a slower-than expected number of 390,000 in July. The August number is also 12.9 percent higher than the estimate that was released for August of 2012.

Many analysts believe the uptick in home sales was at least in part due to the Federal Reserve’s decision to continue its policy of bond buying, which means interest rates will remain low. Economists continue to see strong housing numbers, particularly as inventory is low, and there is room for builders to create more of a supply.

Reports also show the median price for a new home rose just slightly, and is now at $254,600. The average sale price for new homes came in at $318,900. In three of the four regions in the U.S., there was a rise in the number of purchases, with the Midwest coming through with a particularly strong showing. In fact, the Midwest enjoyed a 19.6 percent jump in the purchase of new homes.

According to analysts, the sale of new homes is typically a more timely measure of the housing market, as opposed to homes that were previously lived in, because the sale of a new home is accounted for when a contract is signed, whereas previously owned homes are included in the count when the contract closes. All sales are seasonally adjusted annual rates, which means the numbers reflect what the sales would be for the year if the monthly pace were to continue for a full 12 months. New construction homes make up about seven percent of the residential housing market currently, and resold homes account for the rest of the market. The sale of previously owned homes rose to 1.7 in August, which puts these homes at an annual rate of 5.48 million. This is the highest number since February 2007.

Many of the country’s largest home builders are continuing to show optimism in the housing market, and their earnings reports are also showing a continued rebound in real estate. Lennar Corporation, which is the third largest homebuilder in the U.S., based on revenue, reported their fiscal earnings for the third quarter rose—they were not only able to sell more homes, but also raise their prices. Stuart Miller told reporters that it’s his belief the housing recovery “is still very much “intact.”

While some have expressed concern that the interest rates will rise, most analysts and economists agree this will be little, if any roadblock to the housing market’s recovery. As of September 19, the interest rate on for a 30-year mortgage was averaged at 4.5 percent.

HUD and the Census Bureau will release New Residential Sales Data for the month of September on October 24, 2013.