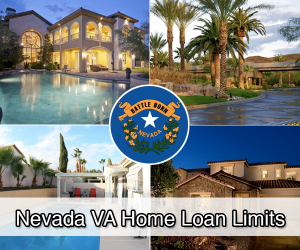 Mostly located in the Great Basin of America, situated between California and Utah, Nevada is a dry climate area, with large areas of desert. South of the Great Basin is the Mojave Desert. The edge of Western Nevada features the Sierra Nevada and Lake Tahoe. Nevada is nicknamed the “Silver State” because of the impact mining had on migration to the state and the economy of the state; the “Battle Born State” because the territory became a state during the Civil War, and the “Sagebrush State, for the plant abundantly found throughout. The first Europeans to explore the territory were from Spain, they named it for the mountains concealed by snow during the winter. The territory was incorporated into the United States as a portion of the Utah Territory following the Mexican-American War. Most notable as the home of the world’s gambling and entertainment tourist hub Las Vegas, two-thirds of the state’s 2,790,136 residents live in the metropolitan area of Las Vegas. An international resort city, Las Vegas offers shopping, fine dining, unparalleled nightlife, and casinos. Other popular tourist and gaming destinations in the state include Reno, Pahrump, and Laughlin. Although these smaller cities do not feature the extravagance of Las Vegas, they still provide great fun and entertainment.

Beyond the obvious impact tourism has on the local economy, the state is also heavily reliant on the mining industry. The gold output of Nevada is the fourth greatest in the entire world. In rural Nevada cattle, ranching is a prominent economic driving force; this area chiefly outputs cattle, hay, alfalfa, dairy, onions and potatoes.

After the Great Recession, the real estate market in Las Vegas was hit hard, but it’s in the midst of a recovery, and there are bountiful opportunities to purchase homes at a great value. For veterans and active duty service members who are going to purchase a home in Nevada using a VA home loan, the state has its own version of the Net Tangible Benefit Worksheet, and a termite inspection is required.

Disabled veterans in Nevada qualify for a property tax exemption of up to $20,000 if they are 60 percent or more disabled, stemming from a service related injury.

Apply For A VA Loan In Nevada:

If you are a resident of Nevada or looking to move to Nevada and would like to purchase or refinance a residential property using a VA loan, apply for a VA loan here.

The loan limits below are the maximum 2019, $0 down VA loan amount set for each county, incorporated city, or municipality (as listed below). Although there is no maximum loan amount, the maximum no money down VA home loan limits are stated as follows.