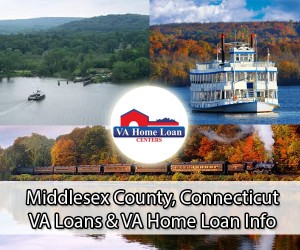 Located in south central Connecticut, Middlesex County was established in 1785. The county was originally made up from portions of Hartford County and New London County. The first occupants of the region were the Mattabesett Native Americans. The area is surrounding Middletown, the largest city in the county was named after the tribe. The Middletown settlement was established over 100 years prior to the formation of the county. Named as the in between point of Windsor and Saybrook, the original Puritanical settler of the town established harsh criminal penalties reflective of the harsh lifestyles that accompanied clearing the land and building homes on the rocky terrain and rough soil common in New England. At the time, offenses punishable by death ranged from witchcraft and blasphemy to the incorrigible stubbornness of Children. During the eighteenth century, Middletown was the most prosperous settlement in Connecticut. The port of the city was the strength of its economy with over a third of the local populous working as merchants or somehow involved in maritime activity. Following the disintegration American and British relations, the port was virtually shut down. In its stay, the town became a center for manufacturing and was one of the main suppliers of pistols to the U.S. government during the early nineteenth century. Today, Middletown is renowned for its balance between commercial development and residential life. A safe place to live, Middletown has the feel of a small college town. The city is home to Wesleyan University. A performance art center is found downtown and the Wadsworth Mansion, Kid city Children’s Museum and Oddfellow’s Playhouse are great entertainment venues. The county easily accesses Massachusetts and New York.

Beyond Middletown the largest cities in the county are Cromwell, Clinton, and East Hampton. The county has produced multiple notable people among the American Public. Famously Katherine Hepburn lived in the borough of Fenwick. NBA player Vin Baker, Academy Award winner Art Carney, news correspondent Morley Safer and former Congressman Washington Wilcox all at one time or another lived in Middlesex County

Take the First Step to Buying a Great Home