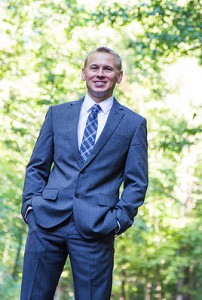 Jamie Schwandt has a Doctorate in Education from Kansas State University and has been part of the Army Reserve since high school. He went through most of his childhood as a foster child, but as an adult, has a family of his own.

“Wow, the elevator speech, huh?” Jamie questioned, as we inquired what motivated him. “I’m a highly motivated guy with a goal to use past failures to overcome obstacles. Nothing is impossible and you can succeed if you put your mind to it.”

Jamie will soon release his second book called “Finding Your Hero”, which is somewhat of a spin-off of a previous work he did, called “Succeeding as a Foster Child.” He explains to us how both pieces came about.

“As a former foster child, I wanted to see how they could succeed in life,” Jamie says. He said he had seen varying information that only two percent to four percent of foster children graduate college, which bothered him. “I wanted to find some way they could succeed, so I found 15 former foster kids in the state of Kansas that were in college and interviewed them.”

Jamie drove all around the state to profile these 15 individuals who shared a common bond with him. The results motivated him to release his first book, which eventually would lead to his creative fuel to get this second book going. 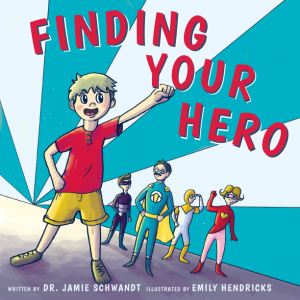 “Finding Your Hero” is a book written to foster children by a foster child who had a tough past. Jamie tells us with elation about the project.

“The story follows little Jamie, AKA me, through living with my biological family,” he says. “There was tragedy and neglect, but through my journey, I find mentors and heroes. They’re real life people and – it’s really cool, my teacher, foster parent, coach, and social worker – they morph from normal people to super heroes.”

“I want foster children to associate these people I mentioned as good guys,” Jamie said. “I want to change the message to a positive one.”

Jamie grew up in a small town of 500 people and he is excited to show his community his book “The illustration of a child standing in front of a house with a trash bag – that’s where I lived, and the football field with friends with their numbered jerseys – they will recognize it. Our team was the Kensington Goldbugs.  It will be pretty exciting for the town to see that photo.”

For “Finding Your Hero,” Jamie has specific goals in mind. Not only did he want to work with a local team instead of a larger publisher for more control, but he wanted the book to serve as an opportunity for others, more so than the foster children he aims the literature towards.

“The illustrator is a college student,” he shares. “This is all out of pocket, and the book should be ready to publish by early November.”

The second book had a Kickstarter campaign started to fund the project. They overwhelmingly met their funding goal in under 4 days, and are now pushing to their stretch goals. Generously, for every $500 donated, they will donate 10 books to a foster care or children’s organization. 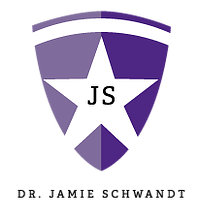 “It comes from this passion and desire, since I was a foster child, to see what they go through,” he tells us on what fuels him as an author. “I wanted to be a role model and a guide for them to succeed.

With a family of his own and looking to get his second book available to the public, Jamie also commented on still being with the Army Reserve as a commissioned officer. “I wouldn’t do anything else,” he says. “I like to joke that the Army is my Clark Kent job that allows me to be Superman for foster children!”

If you want to interact with Jamie, you can find him on Twitter at @DrSchwandt or on his website.  To apply for the VA home loan or ask questions about the program, call 888-573-4496 or tweet us at @VAHomeLoanCtrs.