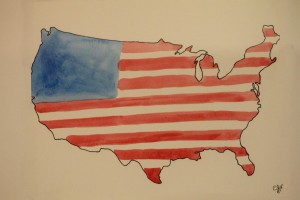 Looking back to your time as a child, you are likely to remember a few things about starting your school day. Eating some cereal, getting on the bus, going to your locker, and starting your day with the Pledge of Allegiance to the American flag. One organization still believes in the power of Patriotism and is on a mission to make the Pledge of Allegiance mean more to today’s youth.

“Our vision is to improve patriotism in children, schools, communities, and ultimately, the country,” says Erick Blaylock of Patriotic Restoration. “We will accomplish this by providing classrooms a new daily video of service members and other patriots talking about their thoughts and feelings about patriotism and this great country, and leading the students in the Pledge of Allegiance.”

Blaylock is a Retired Gunnery Sergeant with the United States Marine Corps, as well as holding a Master’s of Education. He is currently an Assistant Principal, but has taught and coached children in the past.

He and co-founder Tom Yeats met working in the same school district, and their patriotic interests meshed very well together. Patriotic Restoration was then founded in the summer of 2014.

“As teachers, Tom and I have seen through the years the lack of enthusiasm, respect, and understanding students have for the Flag and what it represents,” he said, passionately. “It was this apathy that has inspired us to improve patriotism in our children.”

The organization runs on the enthusiasm and energy of Eric and Tom, as well as family support and two video editors on hand. With Eric’s over 20 years of experience with the Marine Corps, he definitely has the stamina to put everything into this patriotic measure.

“I don’t believe there is a single story that has stayed with me [more than others],” Eric said, who helps film the videos they show students. “I feel that the emotion, conviction, and dedication to this country that I see in every person we interview is the biggest story.”

When prodded on it, Eric did have one great story. “I recently interviewed a state representative that returned to active service immediately after 9/11,” Eric stated. “He finished his tour and wanted to continue serving his country. Ultimately, he became a voice for the people as a state representative.”

Though they have great ambition and inspiration for their project, Eric is human just like the rest of us and finds the time constraints he works under to be sometimes frustrating. “Our product is unique,” Eric shares. “It has to be explained in person to both the veterans and the school administrators. There is a very large learning curve that Tom and I must overcome.” 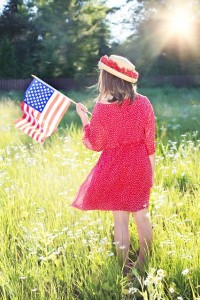 Eric has a casting call for those who are active duty, veterans, and other patriotic people who want to participate in their project. Since they want to push out a subscription service to provide daily videos, they will needs lots of help.

Aside from the 20 percent of their proceeds that will be donated to military organizations, the biggest goal to Eric and Tom is clear. “To restore patriotism in the classroom, the state and the country by building connections between the flag, the pledge of allegiance, and the sacrifices of our service members.”

Eric and Tom, who can be contacted on Twitter via @Patriots4Youth, feel veterans should be made aware of their benefits, much like the VA home loan benefit our company provides. You can visit the Patriotic Restoration website, or tweet @VAhomeloanctrs your thoughts about this piece! Call 888-573-4496 for more information on the VA home loan program.