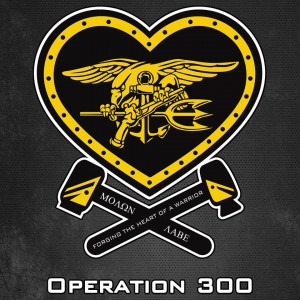 SOC Aaron Vaughn was an Elite Navy SEAL and had two children. He enjoyed sports, fishing, and embraced religion. His life was cut short in 2011, when he was killed in action among 30 other service members and over 40 civilian children when a chopper he was flying in was shot down overseas.

Tara Baldwin, Aaron’s sister, has never let the significance of this tragic event keep her down. It in fact fuels her to help others.

“I know that through life experiences, the Lord prepared and equipped me in so many ways to do this,” Tara says, who founded and is the president of Operation 300. The organization is a nonprofit that provides an adventure camp for boys and girls who have lost their fathers while they were deployed.

“We formally organized in the fall of 2012, but did not host our first event until April of 2013,” she shares. She is proudly the only full time staff member for the organization, multitasking with the assistance of two less-than-part time supporters and over 100 volunteers.

“The most difficult part of my job is the emotional toll,” she admits. “Every time I get a new registration for camp, I am excited at first… then immediately disheartened to know that there is yet another family who is in this uniquely awful situation.” 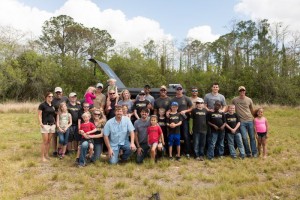 A group effort to pull off another Operation300 camp for kids. Photo credit: Operation 300 Facebook page.

Op300 hosts four to five weekend camps throughout the year. They hold fundraising events and take donations online, which includes a current raffle for a 2014 Harley Davidson motorcycle with tickets at $25 apiece.

All the money they raise goes toward the kids who partake in Op300 camps. Those families never have to pay for their kids to participate, as the money covers travel, lodging, food, and all the fun stuff the children get to do.

The organization has big plans this year. Other than pointing people toward the gear section of their website to lend financial support, she is also preparing for their largest annual fundraiser.

Tara states her parents and her brother have molded her into the person she is today. “The 4th Annual Aaron Vaughn Memorial Frogman Swim, June 27th – this event covers much of the cost for our camps year ’round,” she states. “We usually have between 250 – 300 swimmers and 1,500 – 2,000 in attendance.”

“Our main purpose is to bring hope and healing to those who have lost so much,” she wishes to share to military families in our country. “We want you to know that you are not forgotten, your sacrifices will always be honored here. “ 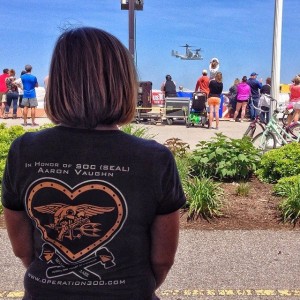 Tara, who hopes to someday build a brick-and-mortar permanent property for Op300 camps, has some pertinent advice for our readers. “Life is an adventure,” Tara proclaims. “Don’t be afraid to live!”

Are you a veteran, or a surviving military spouse, wanting to pursue your dream home? Contact us about the VA home loan! Call 888-573-4496, or speak to someone on our chat engine for some help. You may also fill out an application at any time.