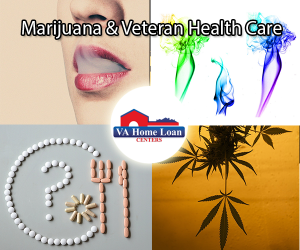 Al Byrne is a Navy veteran. He was raised in New England, went to college at Notre Dame, and has an economics degree. He served in Vietnam and has a wife who is a nurse.

Al is packaged as an all-American guy, so you would assume he is pretty conventional. That is until you hear his passionate teachings about medicinal cannabis for his fellow veterans.

“I think I stumbled into this,” Al says, of the medical marijuana movement. “I know what the truth is about medical cannabis from myself and my wife, who is an addictions nurse, working with patients the past 30 years. I didn’t choose to do that – that’s just where I am.”

Al is the CEO of Veterans for Compassionate Care. The program is based out of Washington State University in Spokane with the coordination of highly qualified doctors, nurses, and botanists. “We assembled the best people in the world so we would never be questioned,” Al says. “I don’t deal with politics – I deal with medicine.”

One of the big points of this program is to focus on the endocannabinoid system. The compounds that help the process of protein homeostasis, Al claims, match the compounds of cannabis.

“Cannabis grows in the ground,” Al says. “It’s a plant, and not a drug. These compounds can help modify the body and kill cancer cells, and they can even get through the blood brain barrier.”

Progress was not made for veterans wanting medicinal marijuana until this current decade. The VA released a directive in July of 2010 stating veterans taking part in legal medical marijuana procedures would not be disqualified from other programs for substance and pain control programs, or clinical trials.

As of February of 2015, VA physicians treating veterans were told to not recommend cannabis to patients, even if they were practicing in the 23 states that are allowing medical marijuana consumption protocols and 14 states who allow marijuana extracts for medicinal purposes. Dr. Carolyn Clancy, with the VA, was one of the advocates in facilitating conversations to allow medicinal marijuana for veterans.  Alongside this official’s efforts, there is also the Respect State Marijuana Laws Act from the Marijuana Policy Project that has been brought to Congress a few times.

Victory came in May of 2015 when The Senate Appropriations Committee approved a multi-billion dollar bill that would help with military benefits, including an amendment giving freedom to VA doctors in recommending cannabis to patients. This notion, The Veterans Equal Access Amendment, will allow doctors to modify medical forms for military patients requesting marijuana and to recommend it to patients who would otherwise follow a pharmaceutical protocol.

The biggest issue is getting all of the states to allow a medicinal marijuana protocol. This is where Al’s program and his advocacy come into play.

“We’re made up of international cannabis researchers, many are veterans,” Al says. “Our mission and intention is to use cannabis as an existing drug for veterans who will use cannabis to remove the pharmaceutical drugs prescribed by the VA and private doctors.” 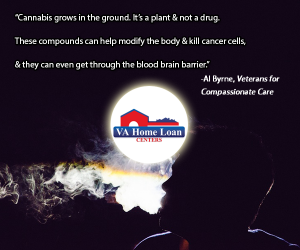 Medicinal marijuana is proposed to be a better treatment than traditional, pharmaceutical medicine’s currently used by the VA.

Al does want to clarify he gives the VA credit where credit is due. “I applaud the VA, as I can go into VA medical facilities and use cannabis as medicine,” Al states. “I use it every day for pain and for the PTSD from my years as a Vietnam vet.”

“We want to be treated as veterans, and when we ask for cannabis as medicine, only to get the police called on us or thrown out of facilities where it’s illegal – it sucks,” Al vented. “And I want you to directly quote me on that. It. Sucks.”

Al’s biggest influence in life, and especially with the medicinal marijuana movement, is his father. “My dad was a chemotherapy patient, was sick as hell and he vomited all the time,” he shares. “We convinced him to use cannabis and he got much better. This was when I was 22, I saw the results, and I’ve been in this ever since.”

If you want to help Al’s cause, you can donate to them here, follow them on Twitter, or like them on Facebook. For details on where medicinal marijuana is currently legal and under what parameters, please visit this ProCon.org page, or refer to other sources via independent research.