Would we be making your day if we told you that buying beer or wine could help out a veteran? Before you run down to a liquor store or potentially violate your sobriety, let us explain.

Honor Brewing and Honor Winery is a company that makes craft beers and wines in which part of the profits help veterans.  “We developed these products that honor and respect the commitment that men and women make who serve our country,” says David Keuhner, who is a partner of the company. “We like to give back, so a portion of all proceeds go back to the fallen and injured.”

David, alongside his business partner of close to seven years Allen Cage and winemaker Sean Meyer came up with this tantalizing concept. The idea was conceptualized four years ago and really came to fruition a year and a half ago.

“Allen is retired active duty after 24 years as Army Pilot,” David said. “The biggest thing is we really wanted to do something and be part of something that is bigger than ourselves.”

Some of the craft beers they serve are the Warrior IPA, Honor Golden Ale, and American Pale Ale. For wines, some selections are the Serve Red Blend from Paso Robles or the Honor Russian River Pinot Noir from the Russian River Valley. The themed drinks not only sound delicious via their product descriptions, but the cause they support make them an even more desirable purchase. Because of their devoted customers, Honor has contributed over $150,000 to charities dedicated to the fallen and injured in the last two years. 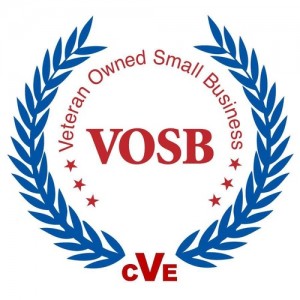 David, who has a family with over 75 years worth of service to our country, is very fond of those who serve our country. He spoke about veterans who meet government hold ups when trying to access their benefits, those struggling with PTSD, and the sadness of Gold Star families who did not want the title due to losing a loved one. He also spoke of how he lost his father at the age of six, after serving two Vietnam tours as a Huey helicopter pilot.

“With our craft beer and wine, when you’re all sitting back eating, drinking, and talking, you usually are laughing, smiling, and enjoying yourself,” he states. “This craft beer and wine helps to raise one in their honor during those happy times.”

With six employees and volunteers, there is more to the operation that just schilling out spirits. They do lots of prep work for fundraisers that help raise money for military families. 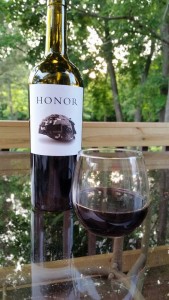 “It’s not always about money – it’s about giving oneself and one’s time,” David says. “Even filling out paperwork for someone when they lose a few digits serving our country and can’t hold a pen correctly anymore – it helps.”

David has spent many years interacting with people for work since he was in the hospitality industry previously. He told us there are many stories that have stayed with him among those he and his colleagues have helped through their actions. One story, in particular, makes him happiest.

“On our staff, we have a woman named Amanda Jacobs,” he shares, talking about a woman who gave up a 20-year career in the North Carolina state government to work for them. “Her son, LCPL Christopher Jacob Phoenix Levy, was killed in action December 10th, 2011 in Afghanistan. She was one of our first callers and the first Gold Star mother to call our office.”

They frequently spoke of their first phone call back and forth, until she requested he was by her side when they met the man who tried to save her son’s life. CPL Christian Brown stepped on an IED shortly after trying to save Amanda’s son and lost his legs, to which he received a Silver Star.

“Amanda has now been our staff full time over a year,” David said, with pride. “She has the opportunity to talk about her son every single day and help others.”

“We all know someone who has served our country and over the last 13 years, with Iraq and Afghanistan, things have changed,” David reflects. “We tell ourselves internally all the time that we can’t change all the challenges these men and women who serve our country face, but every little bit counts.” 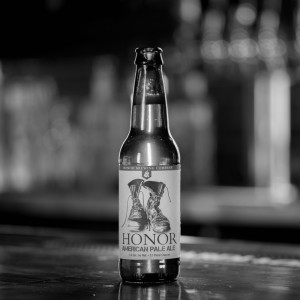 The ultimate message David has about what he does? “It’s much bigger than craft beer and wine. We love it.”

Follow Honor Brewery on Twitter via @HonorBeer or @HonorWine, or see how you can help them give back to those who served via their website. Tweet your thoughts on this piece to @VAHomeLoanCtrs or if you want VA home loan information, please call 888-573-4496.

DISCLAIMER: We only encourage those over the age of 21 and who drink responsibly to purchase these products. You can also tweet them and ask how to donate funds other than through a liquor or wine purchase. Please do not drink and drive, or give alcohol to minors.