888-573-4496 [email protected]
A 3rd party broker that specializes in mortgages guaranteed by the US government
VA Home > Blog > Honor Role: Giving Life to a Military Veteran

Before we start the story, we want to cut to the chase a bit by asking that anyone who has a Type 0 blood type and is willing to donate a kidney to someone who has served our country, please call Ann Slatterly at 319-338-0581 extension 94782 immediately. Read the piece ahead to see whose life you will be helping by sharing the story or donating. 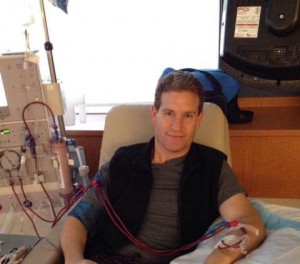 If you recall the story of The Wizard of Oz, the characters all needed something – Scarecrow wanted a brain, Tin Man wanted a heart, and the Lion wanted courage. For Navy veteran Eric Parr, his life is not a whimsical story – he has the courage necessary to conquer life, but he needs a kidney.

“I am seeking a blood type O kidney because, in 2002, I was diagnosed with IGA Nephropathy, a chronic progressive kidney disease,” Eric tells us at VA Home Loan Centers. The IGA Nephropathy was discovered after a routine blood test for Eric revealed high creatine levels at the Veteran’s Hospital.

He was given three to five years to live but is still here today, though his fight to live has not been without its complications.

“January 2014, I woke up and was delirious. I went to the ER,” he recalls. The kidney disease caused too much IGA protein to get built up in the kidneys and scarred them past the point of correctly operating. “They put a chest catheter in to dialyze my blood because toxic levels of nitrogen, phosphorous, etc. were high. I was dying. I only had 7 liters of blood a minute being filtered through my kidneys because they were so scared. The average person has 80.”

Eric now has a left forearm fistula, which is an abnormal connection created by tying an artery to a vein. This abnormal connection is how nurses and doctors access his blood via large gauge needles inserted into his arm. His blood goes from the fistula through these needles and hoses into a filter on the outside of the dialysis machine, then back into his body.

For five hours per session, three times per week, he undergoes dialysis to keep himself alive. “God has helped me throughout this process, and I share to anyone who’ll listen about how I persevere through it all with positivity and hope.”

“I am extremely limited on what I can do and where I can go. I am anemic, deal with parathyroid issues, suffer from fatigue, and other associated health problems,” Eric discloses. “I literally stay alive on a machine three days a week. If I were to stop dialysis, I would die in two weeks or less.” 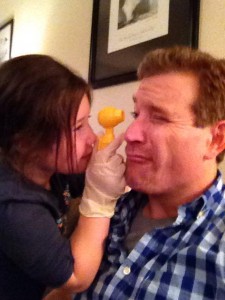 One of the biggest reasons for his continuous fight is his young daughter. “My six-year-old daughter would also like to see her daddy live a long life, to say the least. I’m fighting to see her grow up, get married, and see my grandkids someday.”

“She is a strong little thing, but knowing my daughter, she desperately needs her daddy to stay alive for many years to come,” says Eric. “The other day she wrote me a note that said, ‘Daddy, I will love you forever.’ I pray I can come through for her.”

Health factors required to be a living kidney donor includes having no history of cancer, diabetes, heart issues, or drug use. You need to be in good health. The VA covers testing, travel, surgeries, and post-surgery meds. For more information, potential donors can call Ann Slatterly, Eric’s transplant coordinator, 319-338-0581 extension 94782. 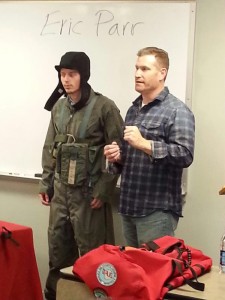 “We are brothers and sisters in arms, and serve, or have served, in the greatest military in the world,” Eric says, as a message to other veterans. “Many people are dealing with the difficulty of health issues and circumstances that seem impossible to live with, or overcome.”

“They either choose to give up or move through the pain and bust down the obstacles keeping them from achieving in life,” Eric says, who also has a mother who is fighting pancreatic cancer. “Of course, we all have our levels of difficulty, but staring it in the face and making even the smallest of steps in a positive direction can and does increase the level of life, purpose, and vitality in a person.”

“It’s a privilege to be where I am in life,” Eric inspires. “I hope others will see that it’s never too bad, wherever they are, to move past circumstances, and stay victorious.”

Eric may be contacted on Twitter at @EricKidneyQuest. For information on getting a home with a VA home loan, a refinance, or help with getting a compromise sale done, call 888-573-4496 or tweet @VAHomeLoanCtrs.

They made the whole loan process go smoothly. Even when the seller took us to the 11th hour, VA Home Loan Centers came through and got us funded and documents signed on time. by: Dave and Lisa B.