Craft beers are increasingly becoming more popular, and this is especially so in San Diego. One company is looking to capitalize on this movement, and do so for a good cause.

Bullets2Banadages is an apparel and accessories company founded in 2011 that is veteran-owned and gives a good chunk of their proceeds to veteran charities. We at VA Home Loan Centers got to speak with Eric Montgomery, the Sales Manager who wears many different hats at the company. 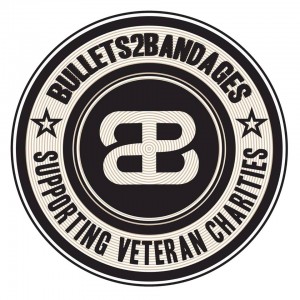 “We’re a small business with five full-time employees and everyone does a little bit of everything,” Eric shares, who was a Marine Infantry Officer for seven years. “I’m one of the co-owners, but I manage mostly the sales. I also do some production, accounting, customer service here or there, as well as fulfilling orders, doing customization, having conversations with new wholesale customers, plus SEO on our site, and reaching out to potential new partners.”

The social media audience for Bullets2Bandages (B2B) is wide, with over 144,500 Facebook likes, over 16,000 Twitter followers, and lots of Instagram fans. “Our fan base and customer base is primarily the veteran community,” Eric says. “We started marketing there and to particular people who work with veteran charities. It’s a good audience for us.” 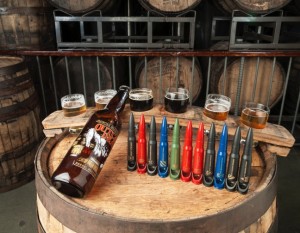 Their most popular products are their .50 Caliber Bottle Openers made from once-fired ammunition, available with custom engraving and in various colors for commercial brands and military branches. B2B donates at least 15 percent of its profits to veteran charities on an annual basis, but for its charity-branded products, they donate 40 percent off the top of each sale back to the corresponding organization. With a few of his coworkers also veterans, it’s a cause which means a lot to them to give back to.

“The last two years, we’ve been making more of a move into the craft beer community and we’re currently selling to about 70 breweries,” Eric says of how their stretching out, creatively. “We want to also cater to more to people who are looking for groomsman and bridesmaid gifts, who want custom sets for that kind of thing.” 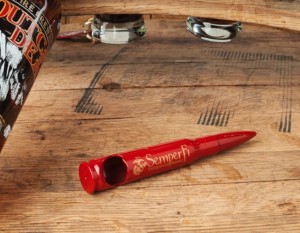 “The charities we work with are generally small enough where we can see the results and what we can do to raise money through customers for them,” Eric says. He shares one story that has been on his mind since he’s been with the company.

“Two years ago, the MARSOC Foundation in Temecula did a series of fundraisers to support a Special Operations Marine who we knew from our USNA days,” Eric says. “He was paralyzed from the chest down after getting shot through the spine in Afghanistan.”

“We were only a small part of overall donations,” Eric says, with humility, “But with all the donations from everyone involved, they were able to buy the guy ReWalk, an exoskeleton so he can walk and go on to live a reasonably normal life. It’s great for us to see tangible results from these organizations that we help support.” 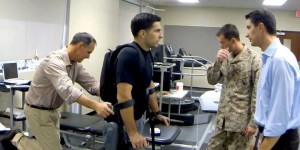 One big relationship they’ve maintained for over four years is with the Travis Manion Foundation (TMF). The big effort right now is with helping raise funds for the 9/11 Heroes Run series. B2B is working to raise funds for the cause, which will take place in over 40 American cities this year, including San Diego.

B2B has donated over 3,000 medals to TMF who will present them to the top age group finishers of each race. They continue to donate 40 percent from each sale of TMF-branded products back to the non-profit.

Though Eric has yet to use the low-interest, no down payment VA home loan, he intends to. “I’ve been shopping around, but in the next two to three years, I will almost certainly use the VA home loan program, because the benefits are good.”

To buy a product to support the 9/11 Heroes Run cause, click this link to purchase some goods and give back, all at once. If you are seeking the VA home loan benefit or information on it, please call us at (888)573-4496 or tweet us at @VAHomeLoanCtrs!