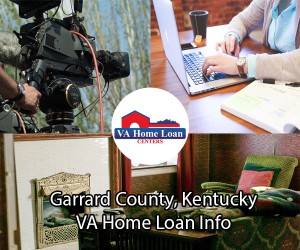 Parents of children and young adults will appreciate all of the helpful teachers and administrators of the Garrard County School District. The Garrard County High School has been recently upgraded with all of the amenities needed for a great education, including upgraded computers and facilities. There are a multitude of afterschool programs and classes offered to students who need extra assistance. The Garrard County School District also has a multitude of teams and clubs, which all students are welcome to join! Garrard County High School has won regional titles in softball, football, track and field, marching band, and more!

There are several Veterans Services Offices located near Garrard County, which are excellent resources for veterans and active duty military. The median housing cost in Garrard County is $124,300, and the median household income is $44,304.

Your New Home is Waiting

There do not appear to be any VA-approved condos available in Garrard County. Easily obtain condo approval on almost any condo with the help of VA Home Loan Centers.